In Tilburg they just started with the Roadburn festival, the festival for everything in metal that is slow and dark. For those who missed out on a ticket for that festival, or like their festival some more diverse or didn't get enough metal in Tilburg we have a special program for you.
Throughout our festival we have several metal bands playing which you really do not want to miss.

Already on Friday we have the Dutch Black Metal influenced Crust band Black Decades playing at De Vondelbunker around 23:00. With their members playing in bands such as Staathaat and Cathode you know what to expect: a fierce in your face performance guaranteed.

They are also part of our special SOTU Sessions program where they will record some music and video material and interview at the RPM Studios. Expect a cool video online next week Thursday.

On Saturday at OT Cinema around 20:00 we present some more stoner infused metal with the art-film Black Mass Rising which combines psychedelic images and the music from about every doom drone band that really matters you can imagine.
And right after this 2 hour long acid trip you will be woken up by the very young Dutch Galg. So far they have only recorded one demo, but don't let that fool you. These wild guys for sure will blow your mind away with their heavy blackend noise drone metal. This is about the darkest en sickest it can get, not for the faint hearted. And to top it all, also these guys will do a SOTU Session at the RPM Studios. Expect their video on Friday.
After this we move over to De Vondelbunker again, where at 00:00 Bleak Bulge will take it away. In their no-nonsense performance they combine the best from hardcore punk, sludge metal, screamo and indie rock. Full frontal in your face attitude with short songs. Mosh pit galore! 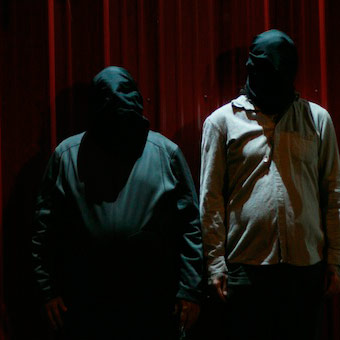 And then on Sunday evening as so called "headliner" (which we do not really believe in) we have nothing less but The Body. Last years there have been so many rumours much about these two musicians that if all is true we cannot promise the OCCII will still stand on Monday morning. This is their first European tour and maybe even last so you just do not want to miss out on this innovative black drone metal duo.

Don't tell us we didn't warn you. Missing out is not an option. Get your ticket here.